Trustees’ Week (4-8 November) is an annual event showcasing the great work that trustees do and highlighting opportunities for people from all walks of life to get involved and make a difference. Trustees are the people in charge of a charity and they help to make the UK the sixth most giving country in the world.

So we thought it would be a great opportunity to cast the spotlight on three of our new trustees on the board here at Action Foundation. Theirs is a vital role, both volunteering their time and working together to make important decisions about the charity’s work. People might mistakenly think of them as stuffy suits behind a board table, but this couldn’t be further from the truth.

Here they are in their own words… 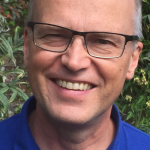 I was born in Gloucestershire and came to the North East to study Mathematics at Durham. I’m married to Jill who is a nurse, and we have three grown up sons. I’m on the board of the Marine Management Organisation and North Star Housing Association, and part of the leadership team of City Church, Newcastle.

Through my friendships with asylum seekers and refugees, I’ve seen the tremendous value they bring to our community and their inherent worth as human beings, made in God’s image. I particularly love the work of Action Foundation because it empowers people to move their lives forward and contribute to the good of others. 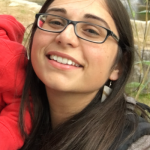 I am a wife and mother currently studying Medicine at Newcastle University. I was born in the UK to a mother who immigrated from Iran and have experienced some of what life looks like to be a child of a refugee and the challenges that brings.

I am married to my wonderful husband Jonah who became a refugee in this country ten years ago following two years living as a destitute asylum seeker. Together we have spent the last eight years serving asylum seekers and refugees in the community. 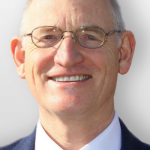 I’m the Principal of Grace College, Gateshead, and married with two grown-up daughters.  As a family we are proud of our South African roots but have a deep love for the North East considering ourselves to be adopted Geordies!

I am committed to seeing people flourish and thrive.  To do this people, need to feel “at home” with themselves, their immediate community and within the nation as a whole.

Action Foundation works to ensure some of the most marginalized people establish strong relationships and are able to take an active role in society. The charity’s aims are a really good fit with my own desire to see people know who they are and where they can fit in!