A total of 11 awards were presented during a glittering ceremony expertly hosted by BBC Radio Newcastle’s Alfie and Anna at the Hilton Newcastle Gateshead on October 17th. The event is in it’s fifth year, celebrating the achievements of the region’s charity, voluntary and social enterprise sectors and also highlighting some of the fantastic support local businesses and individuals provide.

Charity Leader of the Year

Carol Gaskarth of the Pioneering Care Partnership and Becky Rogerson of My Sister’s Place joined Action Foundation’s Julian Prior on the Charity Leader of the Year shortlist, sponsored by Brewin Dolphin; it was said to be the most talked about category by the judges.

But there could only be one winner. Founder and Chief Executive Julian Prior was commended on the night for being “an inspirational figure in a charity supporting refugees and asylum seekers experiencing isolation in Tyne and Wear.” 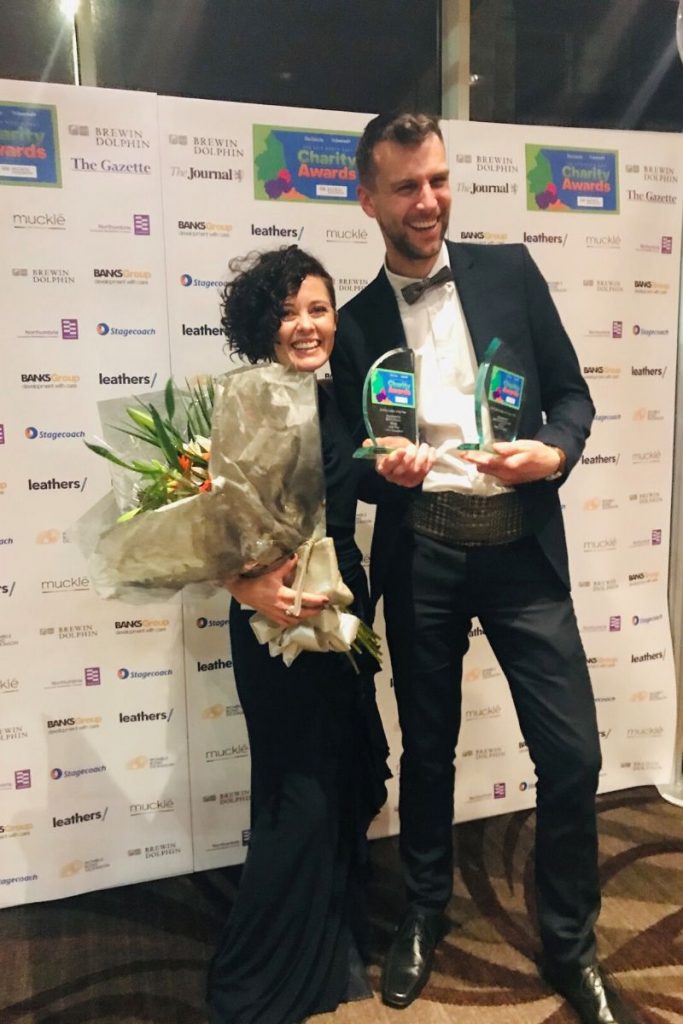 Julian took to the stage to accept the award from Anna McCready of the North East Charity Team and said: “Wow this is such an honour, particularly given there are so many amazing leaders in this room. It’s such a privilege to be working with so many amazing volunteers and staff, so on behalf of them I want to say a massive thank you for this award.”

North East Charity of the Year

The final award of the night, billed as ‘the biggie’ by BBC duo Alfie and Anna was for North East Charity of the Year and the room fell silent as we watched the films about the brilliant North East Autism Society and inspiring Pioneering Care Partnership who we were nominated alongside.

But once again, Action Foundation got the award! The team looked stunned and then the celebrations began as Julian took to the stage for a second time to accept the award. Alfie asked if he’d expected one or both of the awards, to which Julian replied, “Neither! I just can’t believe it. It’s just such an honour. When we started this charity thirteen years ago, I had no idea that it would last a year, let alone so 13!

“It’s just so overwhelming to see how it’s grown and supported so many people who are vulnerable, but are so tenacious and want to make the North East their home and give something back.

“It’s just me standing here, but it’s on behalf of so many people who are involved, we’re so very grateful.”

Entertainment on the night was kicked off by Aukestra who were bouncing back with a lively set after their devastating arson attack. We were also treated to the brilliant North East stand-up comedian Lee Ridley, aka Lost Voice Guy, who shot to fame on Britain’s Got Talent but who is also a regular on the North East stand-up scene.

It was an incredible evening full of inspiring charities, people and stories, including an incredibly moving tribute to Leon Mexter, the inspirational CEO of Youth Focus NE who died suddenly in September.

The North East’s warm heart was on full display on Thursday Night, and the whole team at Action Foundation are feeling incredibly proud today of both their CEO and each other for everything we have achieved. 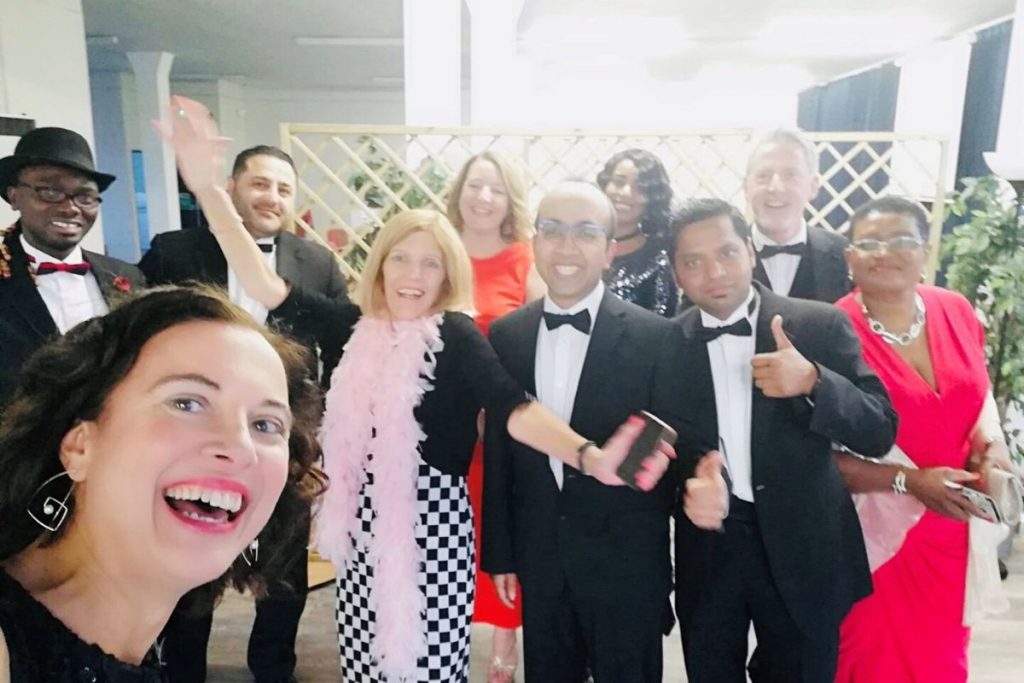