Home/Uncategorised/Welcome to our new Support Worker: Marian Armour
Previous Next

“I really enjoy the variety of working with lots of different people and to seeing the impact that advocacy and support can bring”. 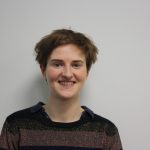 Marian grew up in London and went on to study Anthropology and German at Sussex University, spending one year living in Germany as part of her degree. Marian speaks English and German and has an interest in languages with considerable experience working with people with English as an additional language. As part of her degree she did a module on translating and interpreting.  She has also learnt some Spanish but would like to learn Arabic next!

She moved up to the North East after a period of volunteering in the charity sector and it was through meeting people in the asylum system and learning of their circumstances that she knew that she wanted to work within this sector.

Marian’s experience spans health and social care, community and health, mental health, substance misuse and asylum support work. Prior to joining us here at Action Foundation, Marian was working for CGL in their Drug and Alcohol service and before that held similar roles in Gateshead and Sunderland.

“I really enjoy the variety of working with lots of different people and to seeing the impact that advocacy and support can bring” Marian said. “The job at Action Foundation really appealed to me as the work is more holistic and provides opportunities to find out what is important to people.”

Marian added “Action Foundation have a great reputation and I have known about the charity for quite a long time through the Action Language classes and the Hosting project and have been keen to work within the migration, asylum and refugee sector”.

Marian explained that the role of Support Worker would enable her to use her existing skills in a different context. “I am really excited about all the future developments and plans at Action Foundation. It is a great time to be joining and playing a part in their pioneering work” she said.

The role of  housing Support Worker varies from day to day and includes anything from; taking new referrals, assessing if a new client is appropriate for our housing scheme or helping them move into social housing, arranging a furniture pack, helping people meet the commitments of universal credit, dealing with letters, rent areas, debts, sanctions, how to register with a doctor, understanding a bank statement, accessing legal representation and family reunions.

Away from the charity, Marian enjoys cooking meals with friends and watching films as well as learning new languages!